Rough-legged Buzzard tops off a what if's, buts, and maybe's week

Well that was the week that was... There are times in your life when no matter how much you may wish/ want/ need to get away from work you cannot, and the past month has seen more than its fair share of those days for me such as Tuesday when Andy Grace found a Red-flanked Bluetail in Hastings 3 miles from my office and even worse Thursday when Geoff Gowlett found a Dick's Pipit on Horse-eye. Regrettably neither hung around for anyone other than Andy and Geoff but I was still champing at the bit to get out and dig around for some late autumn goodies. 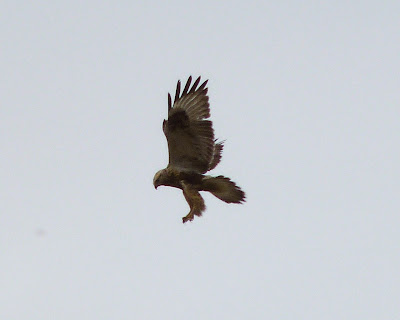 Since my last posting despite the frustrations listed above there have been a few positives on the birding front. Last Saturday (1/11) I finally caught up with a Yellow-browed while walking with Sharon that had been found by Bob Edgar in Horseshoe plantation (Thanks DC!!). This showed reasonably well (eventually) though was not very vocal. The same evening my first visit to check on roosting raptors on Horse-eye turned up a single Jack Snipe as well as a (just) sub-adult male Marsh Harrier. 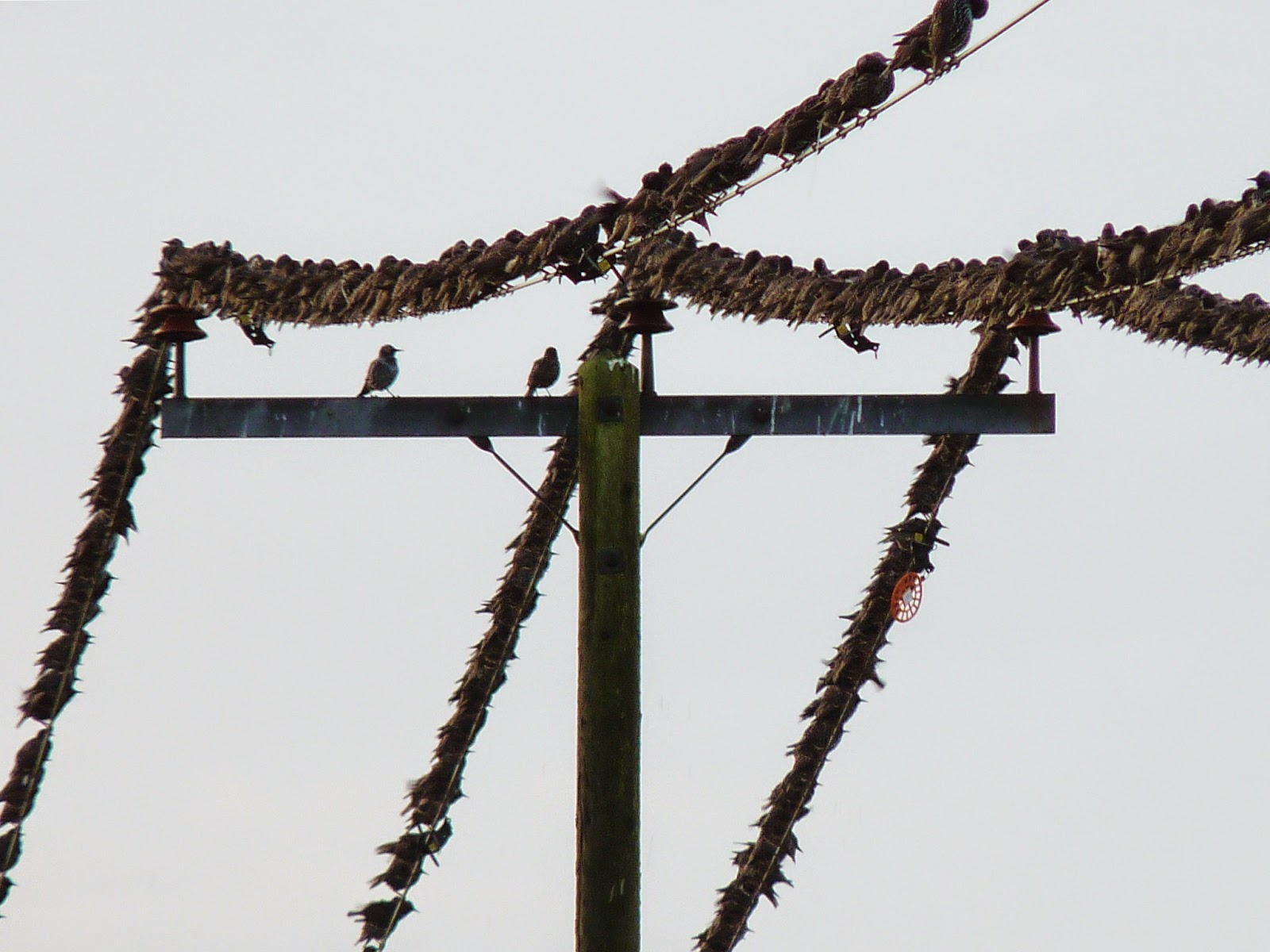 So to today - WEBS count day - up bright and early to squelch through the mud and sheep detritus on Down Level. Nothing startling to report but a typical selection for the time of year with 2 Marsh Harrier, including the same sub-adult male mentioned above, Kingfisher, Water Rail, 4 Gadwall, 6 Little Egret, 2 Raven, 500+ Starling, and a smattering of Fieldfare. A wander around Norman's Bay/ Cooden Beach hunting for Black Reds, Desert Wheatear, or Little Auk was unproductive with the exception of a flock of 7 Common Scoter heading dungewards. So homeward bound to fulfil family obligations by way of running the lady wife and eldest daughter into Eastbourne for some shopping. However once home it seemed that it would be a shame to trudge around the monotony of the Arndale centre on such a nice day so I suggested I take the dog and walk into Eastbourne from Birling while they shopped, which would give me the option of checking Holywell for phyllosc's.
So it transpired that just after midday I was driving through Jevington heading towards East Dean when I noticed a large raptor hovering over the game-strips to the south of the village. I see lots of Buzzards on the levels. I have seen lots of Buzzards near Jevington. The jizz of this birds hovering was screaming Rough-leg and my hands were on the steering wheel... 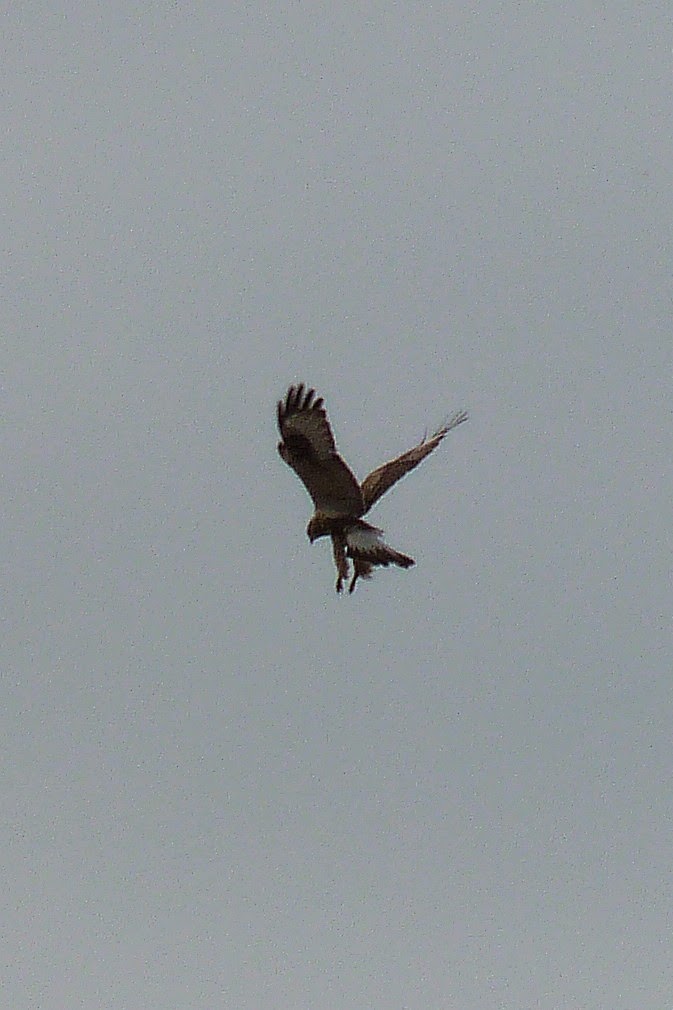 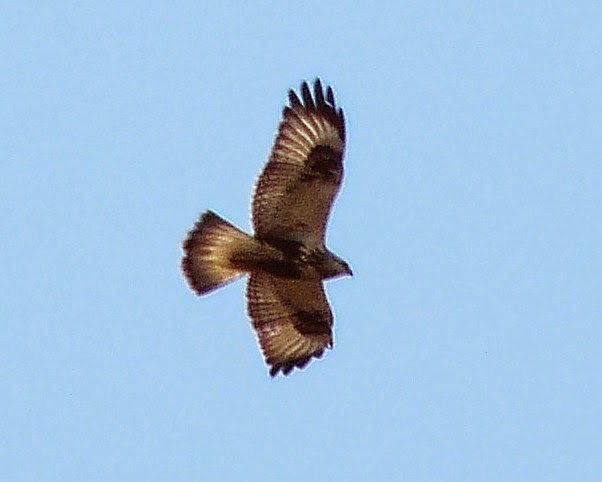 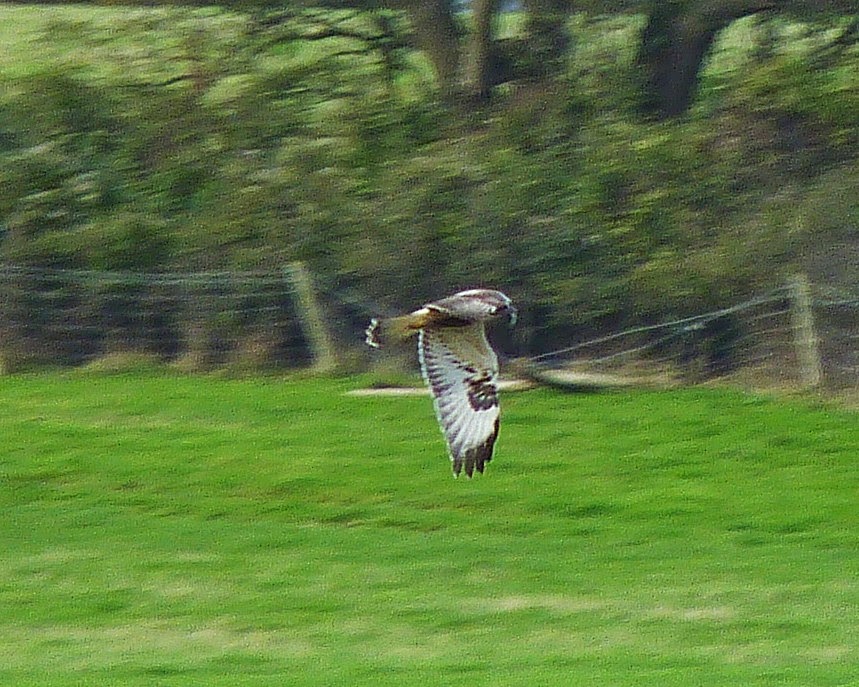 Fortunately at the south end of the village there is a pull in so I stopped the car, grabbed my bins (no scope - #unprepared), and ran across the road to find the bird still hunting. Quick look through bins, white tail with broad black terminal band, looking good for a juv RLB (moult usually takes place in summer of second calendar year per BWP). Bird circles, prominent carpal patches and dark belly with rest of underwing very pale. Rack brains as I am not the worlds greatest birder but I can't see any reason why this isn't a Rough-leg, but cannot remember all the features so send a few texts as 90% certain (astonishing as reception between Beachy and Polegate is dreadful) and give Ian Whitcomb and Geoff Gowlett a ring. Ian mentions the bend at the carpal joint which I had completely forgotten but is clearly visible in some of the pictures and Geoff comes out to have a look (# cheers mate). Fortunately the bird is still hunting the game strips intermittently, I reckon it caught 3 voles while I was watching it. Geoff is on it at once, gets much better pics than me, and is happy enough. Descriptions are for committees and not blogs but one of the most striking things about this bird was its size compared to Common Buzzard when one of the resident pair came in and mobbed it (# get off my turf) - much bigger and much longer winged. All in all a perfect end to the week as RLB is a self-find tick of which I don't get many these days.The birding week rounded off with another late afternoon visit to Horse-eye where Geoff's 2 SEO of this morning were seen along with a single cream cap.
On the moth and socialising front it has also been a quality week. Although I have been unable to add to my macro year list the night of the 28th October produced two new micro's, the best of which was the immigrant Palpita vitrealis pictured below. 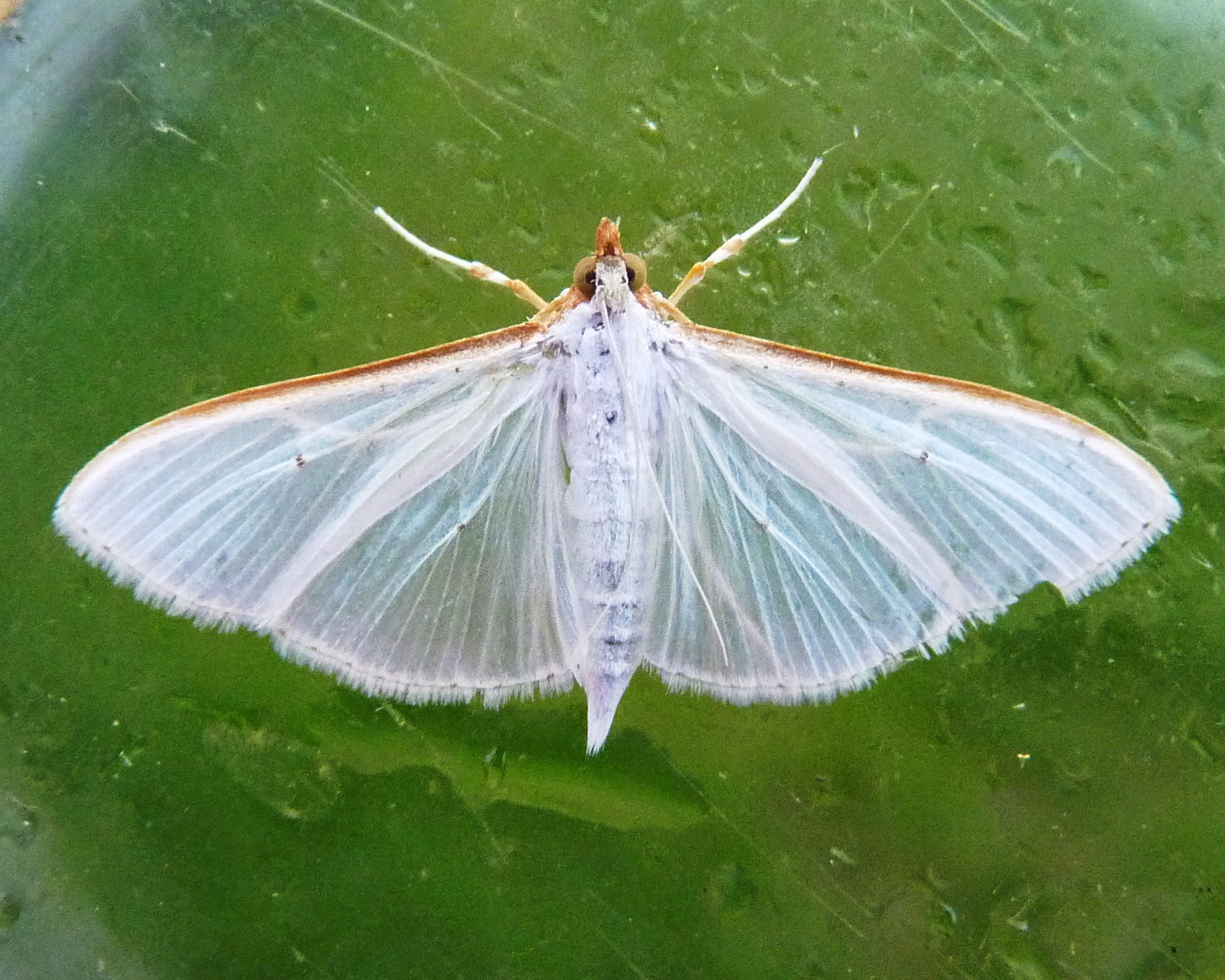 This Mediterranean moth possesses translucent wings which are almost irridescent and was a real late autumn bonus. While on the subject of bonuses it was great to have old friends Paul and Judith Chapman visit for dinner on the evening of the 8th, not least because Paul is an expert in micro id and was able to sift through some problematic images for me and provide some very useful advice resulting in 5 new ticks!

Cecropis
Dedicated to the harsh drudgery of trawling the levels in search of white herons - and whatever else turns up in the Hailsham area and further afield...